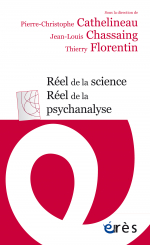 The substance of Georg Cantor's life's work is well-known: in developing what he
called the arithmetic of transfinite numbers he gave mathematical content to the idea of
the actual infinite.1 In so doing he laid the groundwork for abstract set theory and made
significant contributions to the foundations of the calculus and to the analysis of the
continuum of real numbers. Cantor's most remarkable achievement was to show, in a
mathematically rigorous way, that the concept of infinity is not an undifferentiated one.
Not all infinite sets are the same size, and consequently, infinite sets can be compared
with one another.
So shocking and counter-intuitive were Cantor's ideas at first that the eminent
French mathematician Henri Poincare condemned the theory of transfinite numbers as a
“disease” from which he was certain mathematics would someday be cured. Leopold
Kronecker, one of Cantor's teachers and among the most prominent members of the
German mathematics establishment, even attacked Cantor personally, calling him a
“scientific charlatan,” a “renegade” and a “corrupter of youth.”2 It is also well-known that
Cantor suffered throughout his life from a series of “nervous breakdowns” which became
increasingly frequent and debilitating as he got older. The breakdowns were probably the
symptoms of an organic mental illness - in fact, this has only recently been confirmed by
an account given by one of the physicians who actually attended Cantor when he was a
patient at the Halle Nervenklinik during the last years of Cantor's life, from 1913-1918.
In the words of the psychiatrist Karl Pollitt:
As a young assistant I treated a prominent professor of mathematics [Georg
Cantor] who had to be admitted to the clinic because of the recurrence of a cyclic
manic-depression.3
Nevertheless, it was all too easy for his early biographers
to present Cantor, who was trying to defend his complex theory but
was suffering increasingly long periods of mental breakdown, as
the hapless victim of the persecutions of his
contemporaries. But the more sensational accounts of Cantor's
life distort the truth by trivializing the genuine
intellectual concerns that motivated some of the most
thoughtful contemporary opposition to Cantor's theory.
They also fail to credit the power and scope of the defense Cantor
offered for his ideas in the battle to win acceptance for transfinite
set theory. At first he too resisted
the implications of his research
because he had always believed
the idea of the actual infinite
could not be consistently
formulated and so had no place in
rigorous mathematics.
Nevertheless, by his own account he soon overcame his “prejudice” regarding the
transfinite numbers because he found they were indispensable for the further
development of his mathematics. Because of his own early doubts he was able to
anticipate opposition from diverse quarters, which he attempted to meet with
philosophical and theological arguments as well as mathematical ones. Moreover, when
he was called on to respond to his critics, he was able to muster his ideas with
considerable force. His mental illness, as I will argue in a moment, far from playing an
entirely negative role, may well have contributed in its manic phases to the energy and
single-mindedness with which he promoted and defended his theory. Just as the
theological dimension of Cantor's understanding of the infinite also reassured him -- in
fact convinced him -- of its absolute truth, regardless of what opponents like Kronecker
might say against the theory.5
But before it is possible to appreciate the origins, scope and significance of
Cantor's battle to win acceptance for transfinite set theory, it will be helpful to say
something, briefly, about his life and the early development of set theory.